We have placed uttermost importance in our heritage 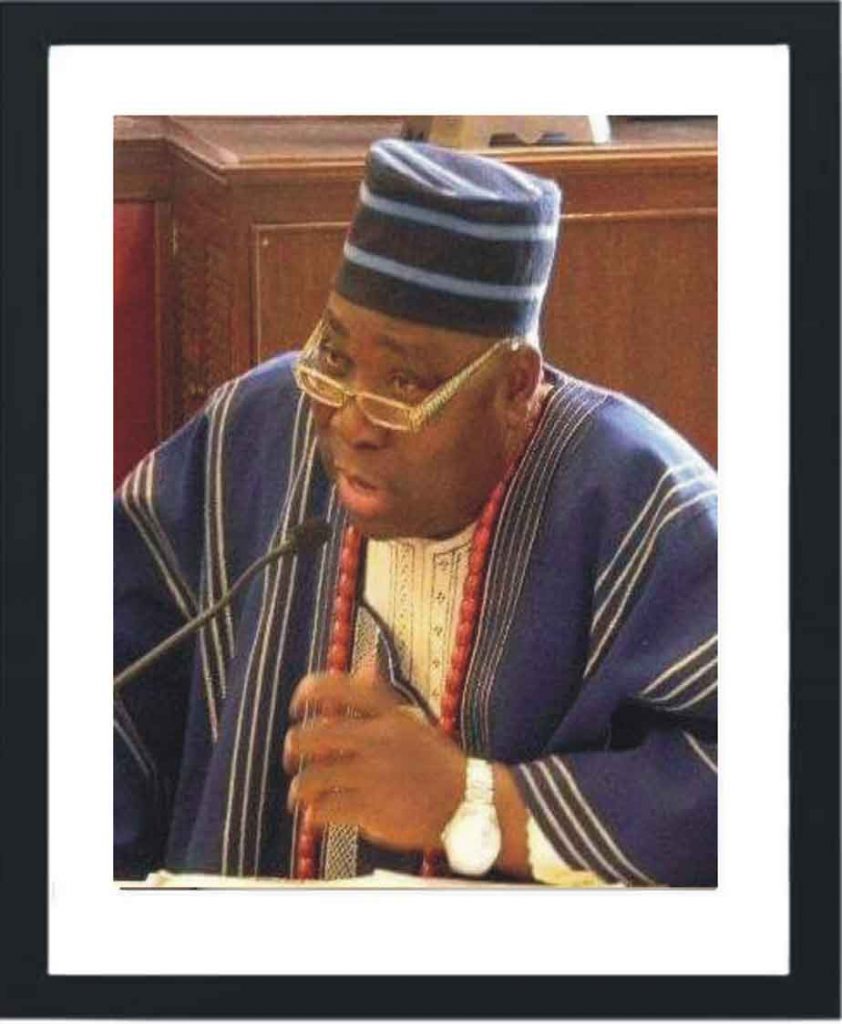 Chief Olúdáre Fọlá Ayọ̀délé, the Founder and President of Yoruba Cultural Center, Rio de Janeiro-Brazil and the Director General, Nigeria Uruguay Center, Lagos, hails the Family of High Chief Eleuju of Ise Ekiti, Ekiti State.
He attended St Paul Pry School, Ise Ekiti and Ondo Anglican Grammar School, Ondo for both his elementary and secondary school education. Ayòdélé attended the famous Obokun-GCE Ilesa, Osun State for his GCE Advanced Level Examinations. He graduated from the University of Ile Ife and University of Lagos where he read Economics and Marketing respectively.
After the mandatory NYSC Scheme in Abuja in 1984/85, he taught English language, Literature in English, Economics and Geography briefly at Isarun High School, Igbara Oke, Ondo State from 1985 to 1986. In 1987, he joined the Savannah Bank of Nigeria Plc where he worked for a period of 10 years in Management Services Department. Thereafter, he teamed up with like-minded individuals to set up an Advertising, Marketing and Public Relations outfit in Lagos as one of the Executive Directors responsible for Advertising and Marketing of Goods and Services. For the past three decades, he has been involved in Cultural Tourism activities till date, and this has made him travel to many countries of the world, connecting various people from different cultural backgrounds, languages, ethics, norms and values. He was equally privileged to learn many different languages of the world. The traditional Yoruba indigenous knowledge acquired generally through the Yoruba language and culture; learning of Ifa literary corpus and Orisa studies; traditional teachings from my ancestors, (his maternal great Grandfather and grandmother) plus all formal knowledge acquired in schools, gave him a fantastic leverage to excel in Cultural Tourism. This equally helped him to develop the Yoruba Culture in Brazil including other countries in Latin America and in the general world. He founded in year 2000 an International institution, Ijo Orunmila-Templo de Ifa, Rio de Janeiro. (Centro Cultural Yoruba), legalised throughout Brazil and some Countries in Latin America. The Centro Cultural Yoruba main objective is for the renaissance of Yoruba Cultural Heritage. The Center organises seminars, conferences, debates, exhibitions and exposition of African objects, cultures, traditions, music, folklores, religion and thus promoting African cultural heritage in Brazil and many other countries around the world. Through his experience in Cultural Tourism, he was able to write, some useful yet to be published, books and made presentations on alternative therapy to assist humanity in curing all forms of illness in our society. * Some of my literary works are: (i) The use of roots and leaves to cure various diseases in humanity. (Document presented during the International Orisa World Congress, 2005, Rio de Janeiro, Brazil). (Ii) Oriki of Orisas. (iii) Guidelines on Merindinlogun.(The 16 Cowries) (iv) Itan awon Orisa (ancient literature of the Orisas). 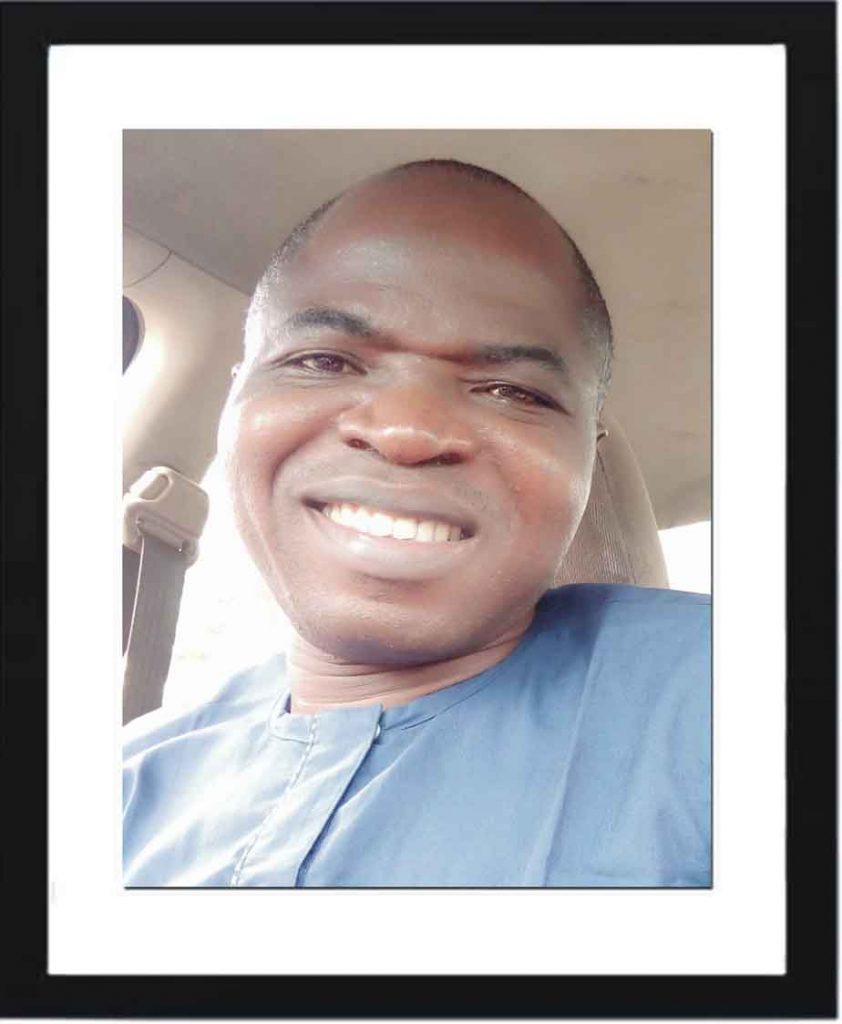 Ṣọlá Alábàdán, a multi award-winning journalist, is the Managing Editor of NewsPage Media and the Chief Executive Officer of Solax Solar Solutions, a renewable energy company. After graduation, he started his journalism career with a community based newspaper, Alimosho Times, Lagos, in November 1999.
In March 2000, he left Alimosho Times for a national daily, The Punch, as a Reporter and was later promoted to the post of a Correspondent/Columnist in December 2000.
He left The Punch for Nigerian Tribune, also a national daily as a Business Correspondent in June 2002.
He later joined another national daily, Daily Independent as a Senior Correspondent in May 2006. In 2010, he was promoted to the post of a Deputy Business Editor and later resigned from the organisation as the News Editor in November 2015. He won the Nigerian Media Merit Award (NMMA) as Insurance Reporter of the Year 2005, 2006, 2008 and 2009. He also won the Diamond Award for Media Excellence (DAME) as the Insurance Reporter of the Year 2008. 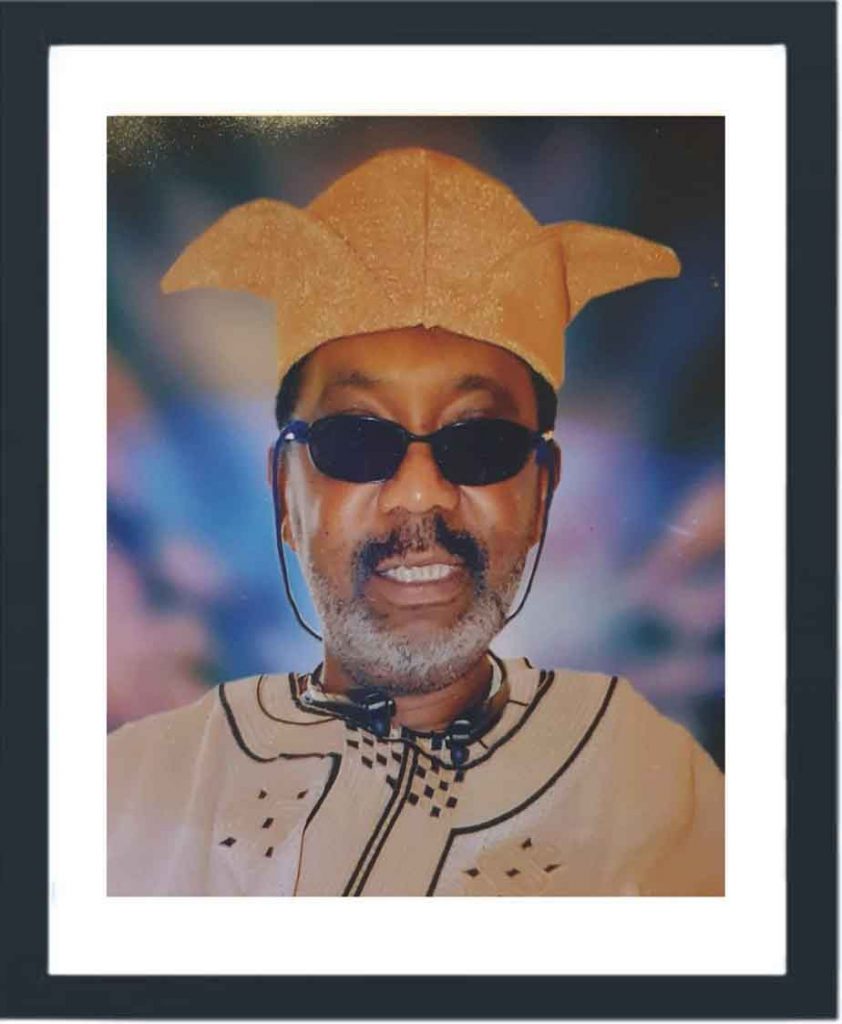 Chief Gbóyèga Adéjùmọ̀, the Chief Executive Officer of Real Orbit Consulting, holds the very traditional title of Mogaji Ikolaba from his native Ibadan. Recently, he was installed as the Gbonkaa Aare Ona Kakanfo of Yorubaland. He is currently the Publicity Secretary of the Yoruba Summit Group, the Umbrella Body for all Yorùbá groups. His working career began as a Management consultant with Konsultserve limited in 1986 becoming an Account Director in 1989 in the same company.
Thereafter he had a short stint in banking, ultimately leading to the position of Head of Securities at FIS Finance and Securities Ltd.
In 1990, he teamed up with other professionals to establish First Capital Group Plc of which he was the pioneer General Manager. In 1992, he started his own Finance House called Equity Bancshares Ltd. Thereafter, in 1999 he was appointed an assistant to the then Federal Minister of Education, Professor Tunde Adeniran until his tenure ended.
He thereafter became a consultant to the World Bank on Procurement and financial services. Adejumo was the first African consultant to the World Bank to write a Project Implementation Manual, PIM, for a World Bank assisted project handled by IFAD, on the Root and Tuber Expansion Programme, RTEP. He has since handled other projects both on the national and international levels.
He continues to work as a management, marketing, media and Procurement consultant.
Adejumo is also a writer. He has written hundreds of articles, feeding both local and International audiences with topical issues, ranging from economic, to political, to historical, and on other matters of contemporary importance.

Obáfẹ́mi Adéníyì, a prince from the Ologudu Royal Family of Ijelu Ekiti, attended St. Paul's primary school Ijelu Ekiti and St Patrick Secondary Modern School Oye Ekiti.
He was the pioneer Senior Prefect of Omu/Ijelu High School, Ijelu Ekiti. When he left for St Augustine's comprehensive high school Oye Ekiti, he also became the fifth senior prefect of the school. Adeniyi attended the University Polytechnic, Barcelona, Spain where he acquired Bachelor degree in Business Administration.
He worked with Samsung head office in Seoul as a marketing personnel. Besides, has also worked with many companies in Spain as a marketing/quality control officer. He is presently working as Quality Control Personnel in Patel SL, a food processing company based in Barcelona, Spain. He is the General Secretary to the Nigerian Union and the Vice President of the Oodua Descendants in Vic Barcelona, Spain. 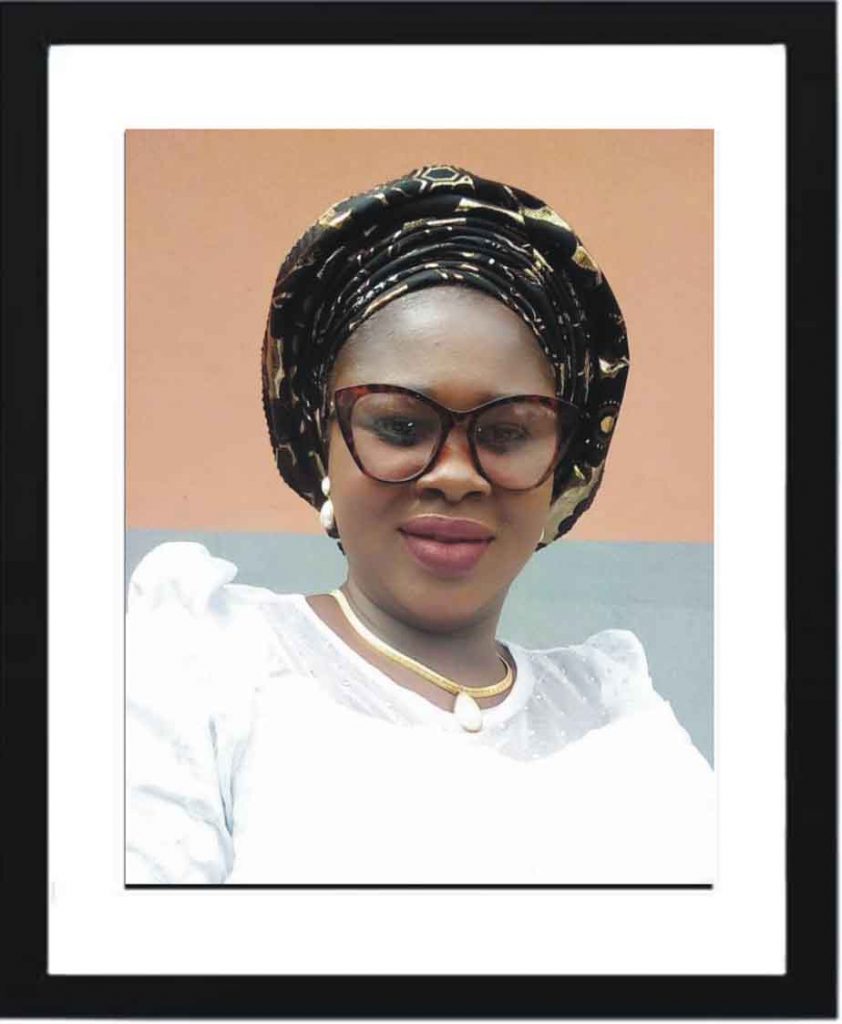 Morẹ́nikẹ́ Àdùnní Adéníran hails from Ibadan South West Local Government Area of Oyo State, is a Part-Time Lecturer at Federal University of Oye-Ekiti and The Polytechnic Ibadan.
She holds a degree in Literature in English from Obafemi Awolowo University and a Masters degree in Literature in English from University of Ibadan. She is currently a PhD student at Olabisi Onabanjo University,
Ago Iwoye.
Her Area of Specialisation is African Oral Literature. Her research covers the representation of African Cultures land traditions in Films and the integration of African Culture in African Films for the purpose of African Children both at home and in diaspora. She had lectured Communication in English and Rural Sociology at Federal College of Agriculture, Moor Plantation.

Yoruba Cultural Heritage Knowledge and Development Initiative is registered with the Corporate Affairs commission to keep up the high spirit of promoting Yoruba cultural heritage and a renaissance of values, ethics and norms